After a long number of posts that have centred around Blockchain and diverse projects we are building, it was time to return to my routes and give my opinion about a topic that is so contradictory it is actually absurd.

When we think about the future of computing and personal PCs we start to see very interesting, and contradictory trends. Take Google. Google has been pursuing the idea of Chromebooks for many years. Chromebooks are inexpensive devices that work like a charm and a completely secure. They are based on the idea that most of what you do can be contained in a web browser, so the only thing you really need is a secure and fast computer to run the web browser. This means that with relatively inexpensive hardware you can have a terrific computing experience. This is all based around the concept that why on earth would you need a 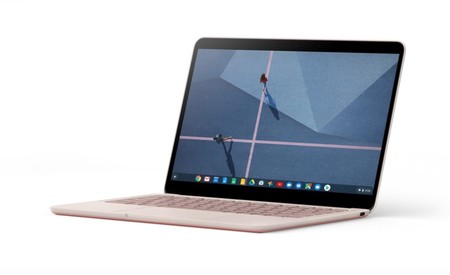 very hard-core processor if everything is handled in the cloud.  What started as a project to provide schools with cheap, secure and efficient laptops ended up being a product for anyone, even business as shown in the video below:

But Google didn’t stop there, and they decided to take that vision into Stadia.  Stadia is pure cloud gaming platform, meaning that the game you are playing is executed on a powerful remote computer and you just see the image stream. Of course, it has taken (and is taking) Google a lot of time to optimise this experience and ensure the inputs have as less delay as possible, which has been one of the most criticised breaking points for the system. But you have to give Google credit, if this really pants out, it is the death of the home console as we know it. No more tedious updates, no more changing hardware every few years, and the ability to play the latest console platform on any screen. Curious about it? You can watch the ad below:

So Google clearly thinks the future looks like a cloud. So enter Apple. Apple decided to take a different approach. In fact, if we look at the latest launch, the Mac Pro which can be beefed up to 28 cores and 1.5TB of RAM you might get a slight idea that they like power. In fact, they like power so much that they are scared to death about a web based future where devices become commodities and we just run web browsers. That led them to create a project called “Catalyst” . Apple thought that since there were so many Apps on iOS it would be great if developers could port them easily into Mac OS, for that they inserted a ne

w layer on top of Mac OS to interact with pseudo touch events so that the porting process was a breeze. This effectively meant encouraging developers to create Apps that feel like native experiences and justified beefy machines like the pro lineup. But if you think that is a genius move, well hold on a second…

I decided to try out this why ever popular Christmas Lottery App, I mean, it was a simple App to test it and felt like a perfect utility for the holiday season. So I managed to create the App, send it of for review, and after almost two months I’m still waiting for Apple to start reviewing it. This is disgraceful and totally unacceptable for a developer centric company who sells devices thanks to the success of Apps. In fact, it is so contradictory to see that a company that is investing in Mac OS apps to justify beefy hardware, isn’t even prepared to serve such a future. I would just be better off making a website. Just gets to show doesn’t it?

Anyway, I will release the ad-hoc version of the App on the next post along with my Christmas wishes, in case you would like to try it. A word of warning, project Catalyst is not yet ripe, but hey, who doesn’t enjoy half based frameworks in this day and age?

I know I have opened a lot of doors here, and I just can’t wait to hear your opinion, so please feel free to drop me a line in the comments.