In the outcry of the Apple event we have been blinded with the new three models of iPhone. The iPhone Xs, Xs Max, Xr and the new Watch. But with these presentations we have forgotten the real protagonist of the party, the A12 bionic chip. It is funny that in the last years, Apple always treated the processor as a black box, not wanting to burden consumers with technical details on how it works. However, there has been a difference in the trend, allowing the latest silicone to take the limelight and showcase all the technical details behind the engine in the latest iOS devices.

The A12 bionic chip is a 7nn chip and is showcased as the fastest one in the market right now and promises not only a change in the new iPhone Xs, but also in the entire application industry. The performance of the A12 bionic chip is even faster than the A11 of the previous range of iPhones. According to Geekbench, it has a single-core score of 4,813 and a multi-core score of 10,266. In simple terms, it offers a speed 15% faster than the previous one, the A11. But raw horse power isn’t what makes a phone great, the heart of the chip is a six-core CPU with two performance cores that are up to 15 percent faster than the A11 while consuming 40 percent less power. Four “efficiency” cores, handling lower-intensity tasks, should consume 50 percent less energy.

Apple claims that the four-core GPU in the A12 Bionic is 50 percent faster than the A11 Bionic. The additional speed and technologies support technologies like tessellation, multilayer rendering, and lossless memory compression.The company is also promising a faster Secure Enclave associated with the new chipset, which is used for tasks like Face ID authentication. When paired with streamlined algorithms in iOS 12, the new hardware should speed up Face ID recognition versus that in the iPhone X.

However, one of the cores, and here is where the magic starts, is a dedicated neural engine. Coupled with the raw processing power it will open a new era in app processing. Particularly apps which use the company’s machine learning framework, Core ML, which the new A12 Bionic runs nine times faster than last year’s chips. On stage, Apple showed off a new app named Homecourt, which you can set up to watch you play basketball while it records the number of shots and passes you make and miss. This sort of real-time analysis isn’t possible without a chip with meaty AI processing. This allows a level of machine learning unheard of in a phone, allowing the iPhone to predict what you are going to do, where you are going to go (spooky) and even which photos you probably will share and what Apps you will open and prepare them next in the background. 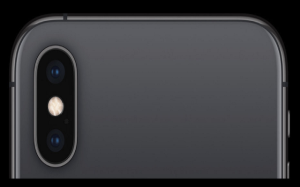 The camera of iPhones has always had high quality, as it reduces the noise and increases the luminosity at night. In the iPhone Xs and Xs Max we find a dual 12 megapixel camera array that takes pictures in HDR and in real time, allowing the phone to collect vast amount of color and light information in each photo. This allows us to adjust the light and the depth of field. We can even blur the background completely – and adjust colors without losing quality, as if images were in raw format.

In addition, the camera is so precise that it allows facial recognition – making a fingerprint cumbersome (although I personally I’m not sure that this option is as secure as Apple taunts). This camera needs a large processor to use it, being able to take pictures whilst other apps are used and other processes are done on the smartphone. But it also needs some great graphics, and that’s where the A12 bionic chip plays another interesting role, by using the neural engine to analyse shots, stitch them together to get the best parts of each and produce the best quality image with a massive amount of post processing,

The A12 bionic chip of the new iPhone Xs and Xs Max and iPhone Xr includes in the silicon a four core that streamlines the loading and rendering of graphics by 50%. This allows games to be played in high resolution and at high speed. But above all, it displays a more fluid use of virtual reality.

Why do we need such a powerful speed? We all know that virtual reality is still in its infancy and many of us do not know what to do with it beyond playing a game. It is clear that it will be the new boom in mobile technology since Google, Samsung, Facebook and more are playing with it. But Apple wants to be the winner of this competition. For this, Apple has already launched an SDK for developers (ARKit), but now it has given developers more power to create the next-gen era of augmented reality apps.

We probably will not notice it too much in our daily tasks. However, it ensures that the quality of applications will continue to raise the bar of what is possible. This is a competition, both for developers and suppliers, and the maximum beneficiary is the end user.

The capacity of the A12 bionic chip is so great that it could exceed the inches of the smartphone and land on their own computers. We will have to wait and see the real life performance this powerhouse will deliver. 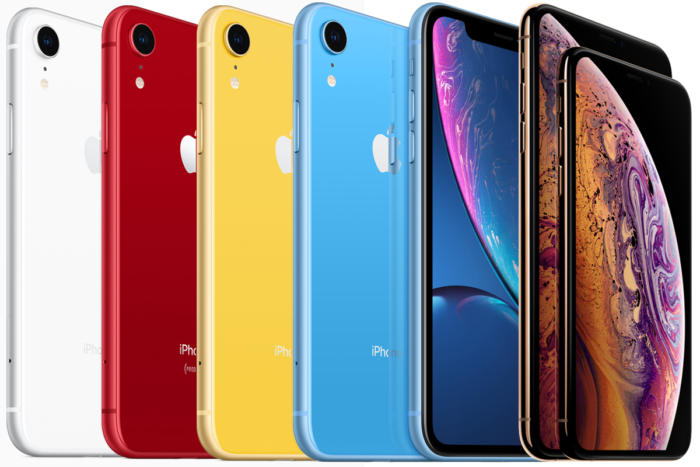 The bar has remained high, as high as the huge selling price of the iPhones Xs and Xs Max. We can only wait and see how Google with the new Pixel 3 and the flagships of Samsung and the new competitor, Xiaomi, respond to the “king of the hill”

You can watch the full Apple keynote here:

Or a briefer version by The Verge below:

Drop me a line in the comments and let us know your thoughts!

iThere are no comments